If you need to find a hotel near NFL stadiums, then this is the perfect page for you. Find your NFL team from the list below, and browse through our list of great NFL Hotels.

Next to Oriole Park, home to the Baltimore Ravens of the National Football League.

Named after coaching legend Paul Brown, and the home venue of the Cincinnati Bengals, playing in the AFC North division of the NFL.

Situated at North Coast Harbor, and home to Cleveland Browns.

Home to the Houston Texans, and part of a complex of venues known as Reliant Park, which includes the Astrodome.

The Indianapolis Colts play their home games at Lucas Oil Stadium which opened in 2008.

The Kansas City Chiefs play at Arrowhead Stadium, also popularly known as The Sea of Red due to the colour of the strip, or simply Arrowhead.

Originally the Joe Robbie stadium, home to the Miami Dolphins and annually hosts the Orange Bowl.

Heinz Field is a sell out for every Pittsburgh Steelers game, so if you do get a ticket, make sure you also book one of our nearby football hotels too in plenty of time.

Formerly San Diego Stadium and home to the Chargers.

Located in Nashville, and home to the Tennessee Titans of the NFL. 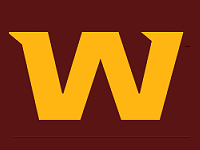