Liked: The photos on the wall
Disliked: The attitude

Liked: The property was just like in the pictures. Great location, comfortable bed with towels included and the bathroom inside the bedroom and a huge terrace. The stuff was really nice and helpful. I will stay again when I visit the city.
Disliked: The only thing I didn?t like is that the elevator is a slow and the shower drain was little bit clogged. The room need some more storage space. There was only a closet for the coats and 4 really small lockers (you could only fit essentials) for six people.

Liked: Middle age woman traveling alone and my first time staying in a hostel. I found it clean and comfortable and safe. Sounds from the city below were fairly audible but I slept fine. The location is great for visiting Chinatown. I took the subway up to a Broadway show. The attached cafe is great. Was able to store my bag before/after checkin/ checkout.

Liked: Room was very clean, with comfortable bed, only downside is that the bed was a tad short for my height, not a real problem though!

Liked: The location was perfect. I managed to conquer a large portion of my to-do list without catching any public transport. The room was obviously once a hotel that they've turned into a hostel, which gave it a more spacious, luxurious vibe above most other accommodations. There were several cupboards one can unpack their contents into, giving it a further homely atmosphere. From our 7th floor balcony, the NYC skyline was a nice sight to wake up to. The standard of cleanliness was impeccable. The staff did a great job on that front, every day it was set to default and that was appreciated. The shower was hot and the wifi was strong. The essentials! The building as a whole had a lot of character.
Disliked: If you're afraid of elevators then this is the lift of your nightmares. I'm not afraid of elevators but this one provoked fear within me. It's very old, very noisy, and it broke down around twice a day. Speaking of which, when the lift wasn't working, life became even worse. The seven-story walk wasn't always welcome after a day of sightseeing. The staff all looked very depressed as if they loathed their jobs. The daily clean towels were nice but unnecessary. What a waste of water! Feeding yourself on a budget is difficult. Their cafe is nice enough but a costly manner of living. There was a fridge in the room and a microwave downstairs so I managed with a little bit of imagination. There are tiny lockers in the rooms. This was sufficient for my laptop but anything bigger and you're going to run into issues. The bathroom door can be unlocked from the outside. I learned this the hard way when another resident decided to unlock said door then walk in on me for no apparent reason. It was an uncomfortable moment. The accommodation took $50 deposit from my bank account without my awareness. I wanted to pay that using cash to ensure a smoother transaction after my stay, but they had already stolen the money without my consent.

Liked: The room had its own bathroom which was nice, and it was kept nice and clean. Although the showerhead wasn't great.
Disliked: Rooms got very hot and there was no way to adjust the temperature in the room other than opening the door to outside.No lockers in the dorm rooms.

Good value for money, but...

Liked: The receptionist Amir was amazing, always polite and friendly, always there for a little chat and help if I needed it. The hotel definitely has character (including barely working and a little terrifying elavator), the location is perfect and within walking distance from most attractions and the on-site cafe is super handy for breakfast and coffee in the morning. Will definitely consider coming back here if I'm ever in New York again.
Disliked: I was overcharged when I arrived but too tired from the journey to dispute it, the room wasn't at all how it looked in the photos, the power sockets were far from the beds and the biggest issue was that there wasn't a locker in my room despite what the Booking.com description said, and I had to leave my valuables in a rucksack padlocked to my bed or in the filing cabinet in reception.

Liked: Toilet was clean. (Apart from the dodgy guy that always left the toilet in a mess)Convenient to little Italy, Chinatown and Soho.
Disliked: Staff was extremely inflexible and rude. I booked for 2 weeks stay, and had a family emergency to tend to, but they had been completely uncompassionate and inflexible to my stay. Secondly, for a female solo traveller that has travelled to India and developing countries and picking mixed dorm, I always felt safe. But this time, Blue Moon checked in a guy that physically was dodgy, (this dodginess is in unison with the other dorm roomies who also found him dodgy). It is only fair to the guy who already booked for 4 nights, but Blue Moon extended his stay for another week long++ causing additional inconvenience of other roomies.Although I have to comment, the only staff that was kind was Cara (kazakhstan), she moved me to another room immediately stating my case as vulnerable. Because of this dodgy incident, I did not look forward to going back to Blue Moon everyday. In fact, one of the staff told me, that it was my choice and decision to pick a mixed dorm. Very rude. In fact, the other roomies also agreed the guy was dodgy. There is no kitchen or hot water as well, whereas many other hostels in Manhattan or Brooklyn had this facility. 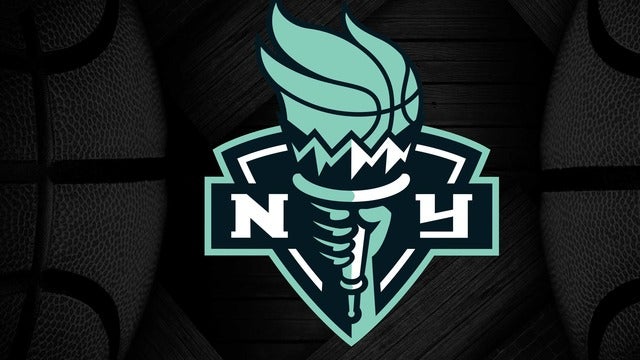